NASA Apollo 11 on the Moon 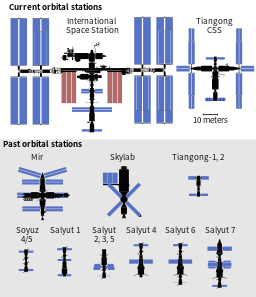 Plants have been grown on Earth orbiting space stations 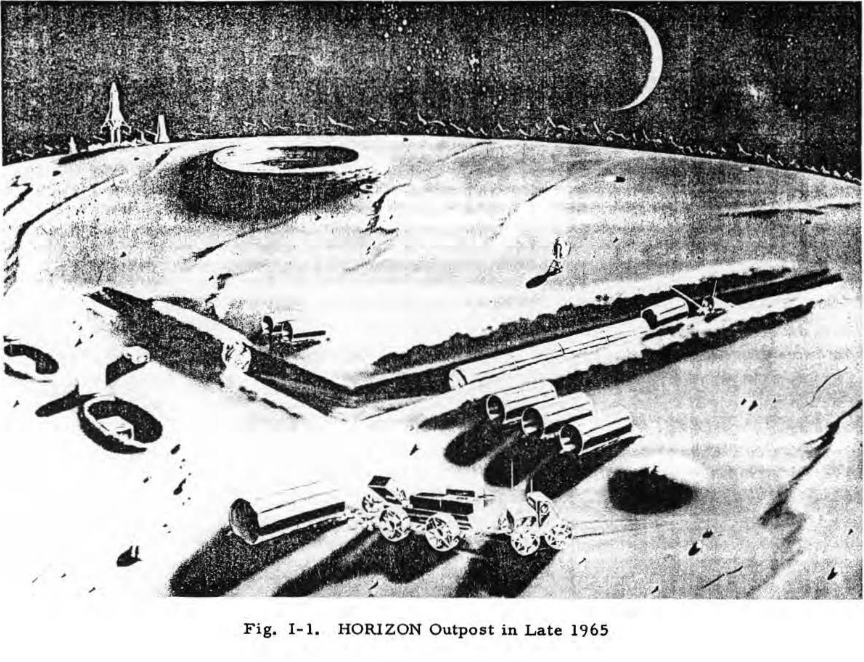 A lunar terrarium would be a container containing plants and everything they need to survive on the Moon. No terrariums or greenhouses or permanent bases had been placed on the Moon until 2019. Before 2019, the only example of something close to a lunar terrarium would be the Apollo Lunar Module. The Apollo Lunar Module provided a habitat for astronauts, not for plants. Similarly, the Apollo spacesuits also provided a habitat for astronauts. During Apollo missions, experiments involving seeds or mice stayed in orbit similar to the seeds and tortois in Zond missions. However, an Apollo Lunar Module could provide the atmoshphere, water, and temperature that a plant needs in its environment to survive.

In 2019 the Chinese Chang'e 4 spacecraft landed on the far side of the Moon. The Chang'e 4 has a environmentally controlled sealed and insulated container with seeds and insect eggs to test whether plants and insects can live in lunar gravity. The climate controlled lunar biosphere experiment container includes potatoes, arabidopsis thaliana seeds, cotton, rapeseed, fruit fly pupa, and yeast. If the plant seeds germinate and start photosynthesis they will use carbon dioxide and release oxygen, while the fruit flies and yeast use oxygen and produce carbon dioxide. After landing on January 3 2019, the containers temperature was adjusted to 24 degrees C and the seeds were watered. The China National Space Administration indicated that potato, cotton, and rapeseed had sprouted in the biosphere experiment, but only cotton sprout images were published. However, the biosphere experiment was not able to last over the cold lunar night, so it was ended after 9 days on January 12 2019.

While not on the Moon or in Lunar orbit, plant experiments have been conducted in Earth orbit. By being in Earth orbit, plants in these environments would have experienced weightlessness and not Lunar gravity and they would have been protected from radiation by the Van Allen radiation belt which wouldn't protect them on the Moon. Skylab was NASA's first space station, and it used an atmosphere of 74% oxygen and 26% nitrogen at 5 psi. Carbon dioxide would have been present from astronauts exhaling. A student proposed Skylab experiment involved the study of rice seeds that were planted and grown on the space station. It was the first time plants were studied in space in an experiment that lasted longer than three days. The rice took longer than usual to sprout, and then the stems sometimes grew away from the light. Skylab, like the Apollo Command Module and Apollo Lunar Module, was pressurized to only about 1/3 Earth atmosphere. This reduced the needed thickness of the walls of the pressure vessel. Note that alpine plants on Earth grow in atmospheric pressure as low as 1/2 that of sea level pressure. Salyut was the USSR's first series of space station, and they used an air like atmosphere at approximately sea-level pressures of 93.1 kPa (13.5psi) to 129 kPa (18.8 psi) with an oxygen content between 21% to 40%. Salyut-6 and Salyut-7 each included an Oazis 'orbital garden' experiment for plants to be grown on the space stations. Salyut-7 set a record by growing Arabidopsis plants which were the first to flower and produce seeds in space. Plant growth experiments have also been conducted on Mir Space Station, Space Shuttles, and on the International Space Station. 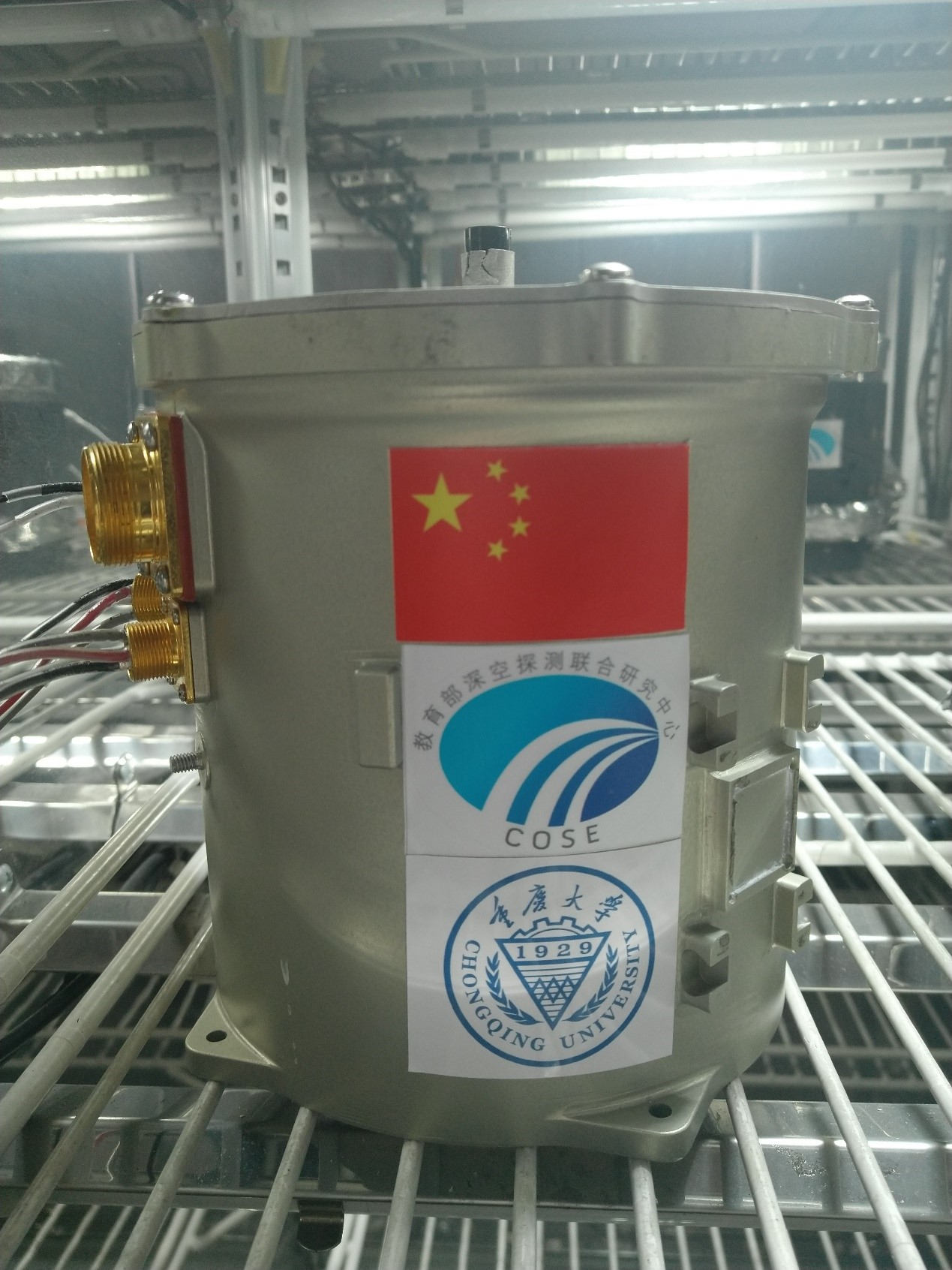 This hatch along with the gathering of Lunar materials was done manually by the astronauts, but someone could design a system to automate bringing local in situ Lunar resources into a pressure vessel to setup a terrarium. It's also possible that if the resources brought into the pressure vessel included dry ice (frozen CO2), if heated, could pressurize the pressure vessel. 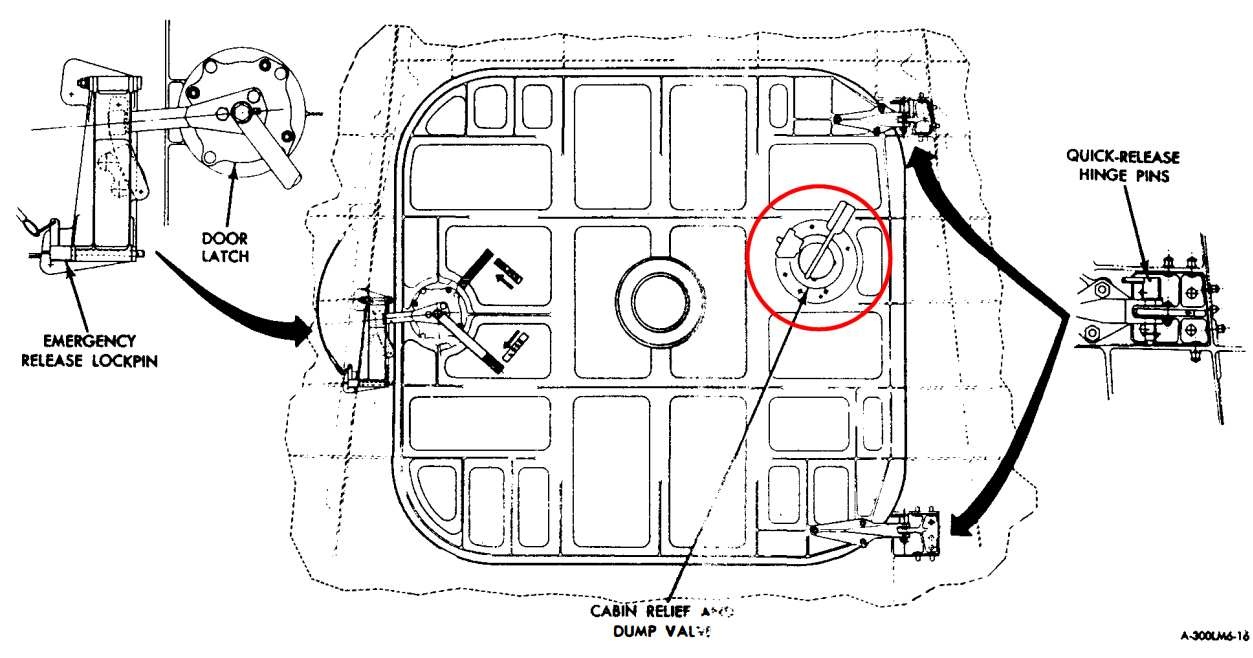 Placing a lunar terrarium on or below the surface of the Moon would require an environment manipulator to dig into the lunar regolith. An environment manipulator is a tool or instrument designed to manipulate the environment outside of a spacecraft lander or rover on a celestial body. For the US Apollo program to the Moon the astronauts used a number or environment manipulators that they brought to the Moon in the Apollo Lunar Module. The Apollo Lunar Surface Drill was used to obtain a continuous regolith column up to 3 meters in length and to provide holes for the placement of heat flow probes. During the Apollo missions, the astronauts were surprised by the difficulty of extracting subsurface samples. While the top layer of the Moons surface was powdery and soft, attempts to drill into the surface and extract subsurface material resulted in seizing of drill tubes which could not be removed and had to be abandoned. They were ultimately successful and that's how data on temperature at depth of the lunar surface was obtained. However, this indicates that constructing a buried terrarium might require a large spacecraft, lander, and rover in order to dig a hole more than a meter below the surface.

Not only do plants require a certain temperature range to grow, most machinery and electronics need to stay within a temperature range or they will break down. For example, the Apollo Lunar Rover's signal processing unit could only survive between -50 C (-65 F) and 85 C (185 F). With days and nights that last about 14 Earth days each and no atmosphere to distribute heat, the Moon goes from very hot to very cold. This is different than for Earth orbiting space stations which go from about 45 minutes of sunlight to 45 minutes of shadow every orbit. Temperatures on the Moon vary from approximately -170 C (-275 F) at night to around 140 C (280 F) in the day. As a gauge of that range, while the lunar high temperatures can be simulated with a kitchen stove, the lunar low temperatures are significantly lower than you can get with a kitchen freezer. Past lunar base proposals such as Project Horizon, Zvezda, and Lunex that focused on below surface structures planned to take advantage of the characteristic that beyond a meter below the Lunar surface the temperature doesn't rise or fall as extremely. Also, anything blocking sunlight from hitting a surface will allow that item to radiate heat rather than absorb heat. The Apollo Lunar Module was only used during Lunar daytime and used insulation to prevent it from getting to hot. The Chang'e 4 biological payload was able to regulate its temperature during the day, but it was terminated at the first lunar nightfall. It's unclear if the Chang'e 4 biological payload had a means designed into it to keep the environment warm over Lunar night. Just like how an electric battery stores electricity, a thermal battery is used to store and release thermal energy. It might be possible to use thermal batteries to store heat during the Lunar day and then keep things warm during the Lunar night. The Apollo Lunar Rover had wax tanks that were used to store excess heat generated by electronics. As the electronics generated heat, it melted the wax, which stayed at a relatively constant temperature until it was all melted. Water and concrete are other examples of substances that can be used to store and release heat.

For students who want to experiment with a working terrarium, you can build one right here on Earth although you won't have as many issues to deal with as you would on the Moon. Before building anything it's a good idea to know what you're trying to accomplish. For example, if you want to build a terrarium that would ultimately work on the Moon, are you building it to be completely sealed, or do you want it to take advantage of local soil nutrients, or potentially local frozen water or carbon dioxide sources, or using local material as a radiation shield? That will tell you something about what mechanics you might need in order to take advantage of local resources on the Moon.

The job of a terrarium is to allow plants exported from one place to grow in another location even though the environment might be different or even hostile to the plants.

If you want to build your own automated terrarium, you might need to start from scratch.

For a terrarium you will need:

Some retailers for electronics and other parts are:

For a sealed terrarium, before sealing your terrarium, you should have an estimate of how large your plant will be able to grow. The size a plant with grow depends on the water (H20) and carbon dioxide (CO2) available in the environment. The light available also affects plant growth. The overall chemical equation for the photosynthesis that occurs in plants is:
6 CO2 + 6 H2O + light -> C6H12O6 + 6 O2
The product from photosynthesis is sugar (C6H12O6). A waste product from photosynthesis is oxygen (O2). To estimate the size a plant might grow in a sealed terrarium, download the Android ChemCalc app to your Android smartphone.

Here are some exaples of autonomous terrariums built from various parts.

Text Copyright (C) 2018 - 2021 R. J. Kuhn. Please note that you are not allowed to reproduce or rehost this page without written permission.