Life that Traveled to the Vicinity of the Moon

The efforts that have carried life beyond low earth orbit, and close to the vicinity of the Moon, have a few things in common. They have left Earth and been sent on their way by a launch system using a rocket. The spacecraft has had to determine its location in space (navigation) and apply force in appropriate directions to get to the Moon (guidance). To get on to the Moon's surface, they have needed a landing system, again using rockets, to slow their velocity so they would not disintegrate on contact with the Moon. They have also needed a pressure vessel to maintain an atmosphere, which the Moon doesn't have, but that life requires.

The USSR had two efforts for circumlunar spaceflight, the main spacecraft for both being the Soyuz.

The circumlunar program (Zond), created by Vladimir Chelomey's design bureau, was to fly two cosmonauts in a stripped-down Soyuz 7K-L1, launched by Chelomey's Proton UR-500 rocket. The Zond version of the Soyuz sacrificed habitable cabin volume by omitting the orbital module. In September 1968, Zond 5 made a circumlunar test flight with two tortoises, mealworms, wine flies, plants, and other lifeforms on board instead of cosmonauts and successfully returned to Earth. This was followed by Zond 6, 7, and 8 going to the Moon still carrying biological payloads, but no cosmonauts. Sergei Korolev's lunar landing program was designated N1/L3, for its N1 superbooster and a more advanced Soyuz 7K-L3 spacecraft, also known as the lunar orbital module ("Lunniy Orbitalny Korabl", LOK), with a crew of two. A separate lunar lander ("Lunniy Korabl", LK), would carry a single cosmonaut to the lunar surface. A launch pad explosion of the N-1 rocket in July 1969 destroyed itself and the launch facility. Without the N-1 rocket, the USSR could not send a large enough payload to the Moon to land a human safely, but as described above, they did carry life to the vicinity of the Moon and back.

Meanwhile, the USA's Apollo program was progressing. In December 1968, with the first manned Saturn V rocket, Frank Borman, James Lovell, and William Anders became the first humans to leave low-Earth orbit and go to the Moon on Apollo 8. They entered lunar orbit on December 24, and made ten orbits in twenty hours. They fired their engine to perform the first trans-Earth injection to leave lunar orbit and return to the Earth.

Apollo 10, conducted a "dress rehearsal" for the first Moon landing in May 1969, flying the Lunar Module in lunar orbit as close as 47,400 feet (14.4 km) above the surface, the point where the powered descent to the surface would begin. With the Lunar Module proven to work well, the next step was to attempt the landing. 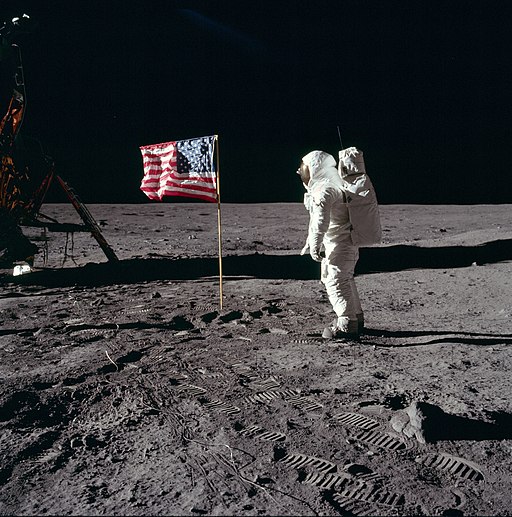 Apollo 11 crew consisted of Neil Armstrong, Michael Collins, and Edwin "Buzz" Aldrin. On July 16, 1969, the Saturn V rocket lifted off from Kennedy Space Center in Florida. The trip to the Moon took just over three days. After achieving lunar orbit, Armstrong and Aldrin transferred into the Lunar Module and began their descent. Armstrong took over manual flight control at about 180 meters (590 ft), and guided the Lunar Module to a safe landing spot on July 20, 1969. Armstrong became the first human to set foot on the Moon. This was followed by Apollo 12, 13, 14, 15, 16, and 17 going to the Moon, all landing except for 13.

In addition to the Apollo astronauts, in 1971 Apollo 14 carried 500 tree seeds into orbit around the Moon. Five mice were carried into space and orbited the Moon in an experiment on board the Apollo 17 in 1972. While the astronauts did carry life to the vicinity of the Moon and back, only the astronauts themselves landed on the Moon.

This was the situation until 2019 when the Chinese Chang'e 4 spacecraft landed on the far side of the Moon. The Chang'e 4 had a sealed container with potato, arabidopsis thaliana seeds, cotton, rapeseed, fruit fly pupa, and yeast. After landing the containers temperature was adjusted to 24 degrees C and the seeds were watered. It was reported that potato, cotton, and rapeseed had sprouted, but only cotton sprout images were published. The experiment was terminated after only 9 days due to a drop in temperature. 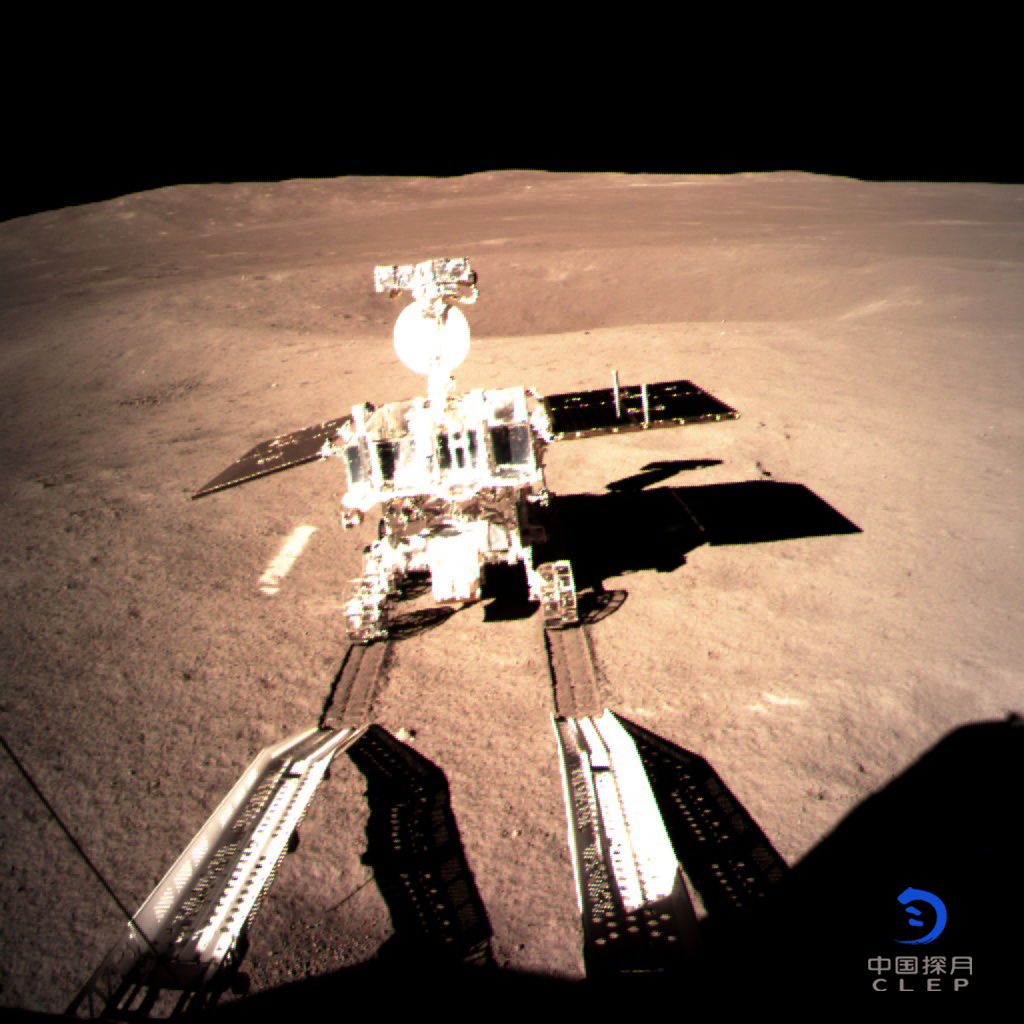 
Text Copyright (C) 2017 - 2021 R. J. Kuhn. Please note that you are not allowed to reproduce or rehost this page without written permission.