Mechanical Engineering applies the principles of physics and materials science for the design, manufacture, and maintenance of mechanical systems. These systems assist industries such as aeronautics, heating and cooling, and manufacturing. The primary focus is on mechanics, kinematics, thermodynamics, structural analysis, and materials science.

This page is oriented to providing pointers to software and tools that can help with the engineering of mechanical devices. The software referenced here is all either free, inexpensive, or demo software so it can be tried without initially investing significant money. Where possible we.ve included a link to the site where you can get the latest version rather than a direct download of a possibly stale version.

Some basic mechanical components used in rovers or spacecraft are wheels, robotic arms, and drills or grinders. Software tools that that allow you to draw a mechanical device you're creating would allow you to visualize and debug the mechanics before building it. A common example of this type of application is CAD (Computer Aided Design). CAD software can generally be categorized as either surface modeling, which can be 2D or 3D, or solid modeling, which is always 3D. If these software models are 3D and can be exported to *.stl files (Stereolithography file format) they can further be turned into physical models by rapid prototyping with additive 3D printing or into working devices with subtractive CNC milling. 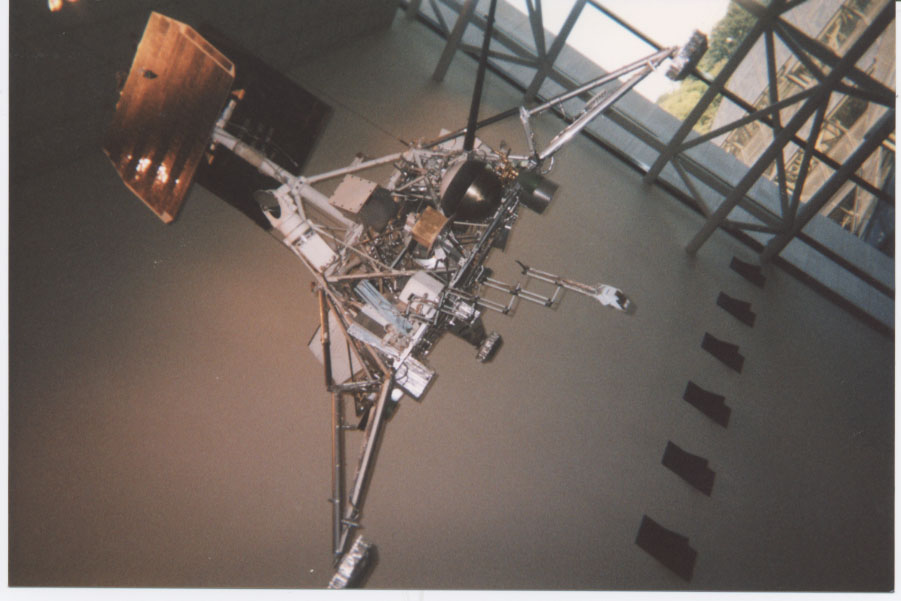 Some categories of robotic arms include: rectangular coordinate, cylindrical coordinate, spherical coordinate, revolute, and scara. Arms on Surveyor and Viking landers would be categorized as spherical. The Surveyor landers that carried a soil mechanics surface sampler (SMSS) used a scissors telescoping mechanism. The Viking landers extendable arm used a creative design involving two curved metal strips like two carpenter's tape measures welded together top to bottom forming a tube. The arm was flattened, rolled, and stored in a drum until unrolled for deployment. Autonomous rovers have also used robotic arms on Mars. These include Sojourner, the MERs Spirit and Opportunity, and Curiosity.

An environment manipulator is a tool or instrument designed to manipulate the environment outside of a spacecraft lander or rover on a celestial body. For the US Apollo program to the Moon the astronauts used a number or environment manipulators that they brought to the Moon in the Lunar Module. Apollo Lunar Surface Drill was used to obtain a continuous soil column up to 3 meters in length and to provide holes for the placement of heat flow probes. The drill bit had 5 tungsten-carbide tips and was 6.0 cm long.

Some NASA Surveyor landers and both NASA Viking landers had soil manipulators on the end of their arms. NASA Mars Exploration Rovers Spirit and Opportunity each had a Rock Abrasion Tool (RAT) that was used to grind or brush off rocks. 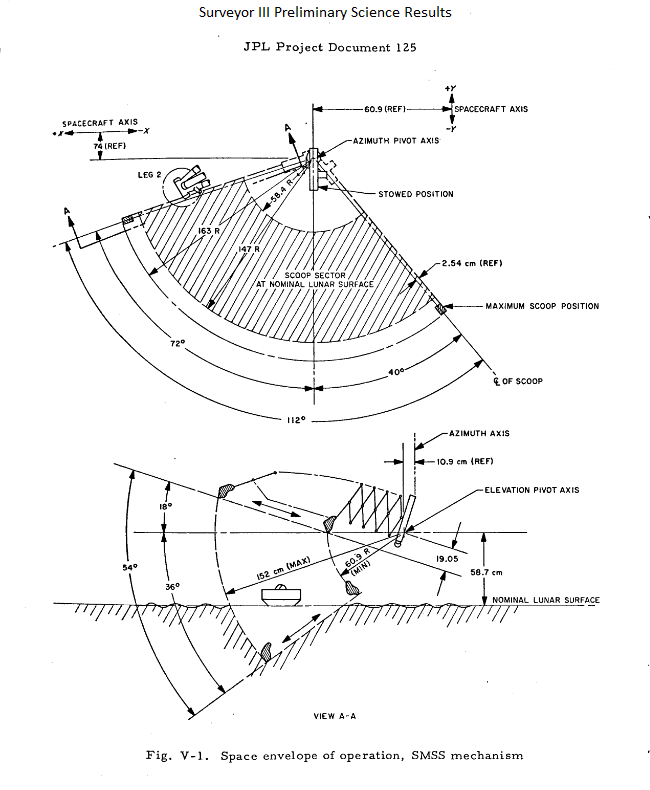 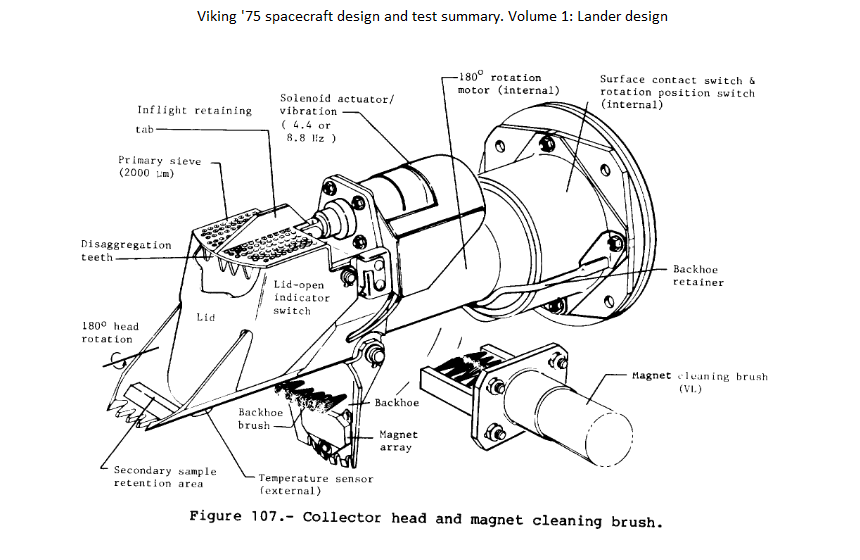 The stereolithography or STL file format is often used for designs to be sent to 3D printers. The STL file is typically processed by slicer programs such as Slic3r to generate G-Code files which are accepted by most 3D printers. The G-Code or RS-274 file format is often used for numerical control (NC) of automated machine tools which includes 3D printers for additive manufacturing as well as CNC milling machines for subtractive manufacturing.